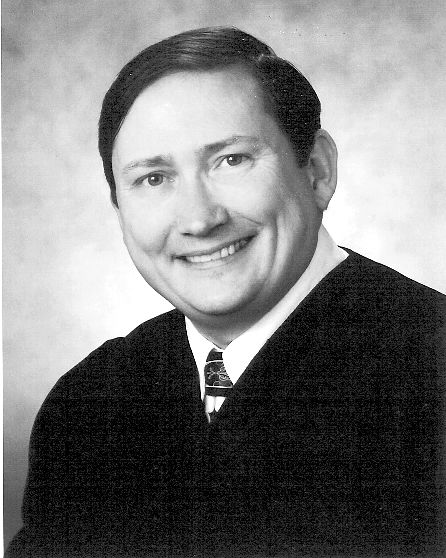 Judge Lane graduated from Basic High School in Henderson, Nevada, in 1977. He served 6 ½ years in the U.S Navy as a submarine electrician and chaplain’s assistant throughout the U.S, Western Pacific and Newfoundland. After leaving the Navy, he served a church mission in Canada.

He attended UNLV for two years, graduating with honors while working full time as an administrative assistant for U.S Senator Chic Hecht; as Clark County Young Republican Chairman; as UNLV Elections Board Chairman; and as a weekly columnist for the UNLV school paper. He then attended the University of Utah Law School for 2 ½ years during which he worked as a Law Clerk for the Legal Aid Society; as a Judicial Clerk; and as a Constitutional Law Tutor. He passed the Nevada Bar at the end of his second year of law school. He briefly worked in private practice in Las Vegas before moving to Nye County in 1993 and working as a Deputy District Attorney for seven years.

Judge Lane was first elected judge in 2000, re-elected in 2002, and ran unopposed in 2008. He was the first to serve in the new district judicial seat in Pahrump. The Fifth Judicial District serves Nye, Mineral and Esmeralda counties. It is one of the largest area districts in the U.S and is the third busiest district in Nevada. Judge Lane conducts court for criminal, civil, family, juvenile, probate, child welfare, child support, and drug court cases. He started the Drug Court program in 2002 and is currently working on starting a new specialty court for families with domestic violence, alcohol abuse, and other issues.

Judge Lane and his wife Samantha have four children - Bobby, Hannah, Baden and Spencer. The family is busy with church, school, piano, martial arts, and more. They support programs for autism and volunteer in the community.